Posted by agynessdeyn-online at 4:56 PM 26 comments

A video about the shooting of Elle UK October 2011

(She simply rocks that dress and the complete outfit! I LOVE HER SO MUCH)
ELLE Korea December 2011

Posted by agynessdeyn-online at 6:54 PM 11 comments

Agyness in Primrose Hill [May 5]

So Agyness appeared in June 2011 of Vogue US. Some of you may have seen it but for those

who don't, the article is called: Social Responsibility Agyness Deyn's cause: Empowering Communities in Tanzania. If you want to read it, click here. Also, here is the picture that came with the article:

ELLE US July 2011 "Chateau Dreams" by James Franco
Artist, director, actor, author – is there any creative career James Franco hasn’t tried his hand at in recent years? Hollywood’s favorite multi-hyphenate seems keen on testing his skills in numerous arenas so it is unsurprising to see him giving fashion photography a go. In the newest Elle Franco shoots Agyness Deyn as a latter day James Dean (Deyn also styles the shoot).

Out in Brooklyn [July 8]

Walking around in SoHo [July 18]

From thecobrasnake.com [I didn't knew this website was still around, long time since I visited it]

In the "First and Forever" campaign for Dr. Martens along with Ash Stymest!!! [loove Ash!]

And... the video of the campaign. Her talking is just soo amazing, I love her accent and it kind of reminds me of the monologue she does at the beginning of We Foun Love. Gotta love her!
True Brit.
Ph: David Slijper
Styling: Sasa Thomann
Hair : Ward for Living Proof
Make-Up : Kabuki for My Face Cosmetics
Model : Agyness Deyn

Posted by agynessdeyn-online at 5:02 PM 20 comments 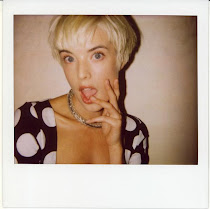 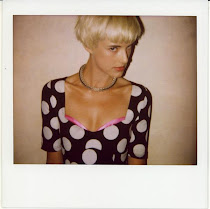 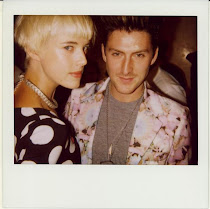